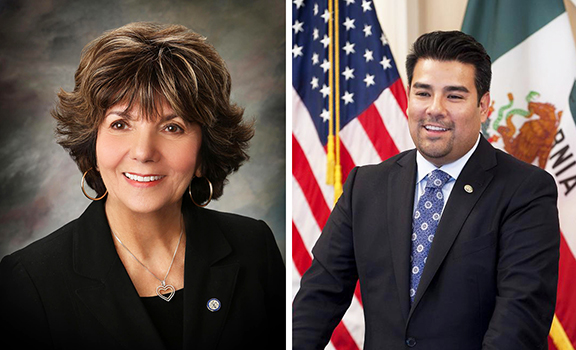 “In the four years Zareh has spent on council, and especially while serving as Mayor, he continually demonstrated his concern for all of Glendale’s residents by listening to everyone before making decisions and by treating everyone who appeared to speak at council with kindness and respect. He is fair, thoughtful and methodical in his decision making. I know he will continue to be a strong advocate for Glendale on a diverse range of issues,” said Devine, whose endorsement was announced Tuesday.

Paula Devine was elected to the Glendale City Council in 2014 and currently serves as the Mayor of the City of Glendale. Mayor Devine previously the Chair of the Glendale Commission on the Status of Women, on which she has served for eight years. Paula initiated the CPR Program (Commission Project Rescue) which provides the Glendale Police Department with funds to pay for temporary emergency housing for Domestic Violence victims.

“Councilmember Sinanyan has a proven track record that demonstrates how he will approach the many decisions that come before council. He has the experience and background that can help Glendale address the important issues of today. I know that Zareh is the right person to lead Glendale into a brighter future,” said the state senator.

Lara is one of the most influential members of the State Senate, chairing the powerful Appropriations Committee and serving as a member of the Energy, Utilities and Communications, Governance and Finance, Governmental Organization, and Banking and Financial Institutions committees.

After serving Glendale for the past four years as councilmember and mayor, Councilman Zareh Sinanyan has decided to run for reelection in April. Sinanyan’s first City Council victory came in 2013 in a hotly contested race. While in office, Sinanyan fought to provide transparency for all residents, and sought to nurture a business friendly environment. Although, it is important to attract large businesses to Glendale, Sinanyan believes the City Council must foster an environment which will allow our own residents to grow their businesses locally instead of moving them abroad.