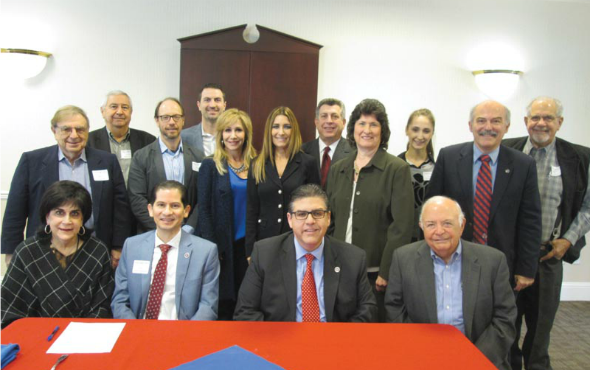 Leadership Council members were actively involved in the meeting, adding their comments and questions.

Prof. Barlow Der Mugrdechian, Coordinator of the Armenian Studies Program gave a brief report on the Program’s activities and gave a vision for the future of the Program. This year the
Program marks its 40th anniversary with a Banquet on March 19.

Dr. Sergio La Porta, Haig and Isabel Berberian Professor of Armenian Studies at Fresno State gave an update on the Armenian Genocide Monument at Fresno State, reporting that an endowment was being created for the maintenance of the Monument.